In 2007, contactless card payments were introduced, with a mere £10 limit. This new way of spending was intended for smaller purchases such as newspapers and snacks, to replace small change. Five years later, the limit was raised to £20 and then £30 in 2015. The pandemic drove the increase from £30 to £45 in 2020 as consumers were encouraged to go cashless to reduce close contact between staff and customers to limit the spread of the virus.

Chancellor Rishi Sunak hopes the contactless limit increase will make it “easier than ever before” for people to pay for their shopping and that it will provide a “welcome boost to retail” that will protect jobs and drive growth. The government has decided to more than double the limit to help the UK return to a pre-pandemic economy. Although the limit increased on the 15th of October, many retailers have thousands of card terminals to update so it could still be months for some before the £100 limit is put in place.

The Psychology behind contactless payments

The use of cash was on the decline way before Covid. Today, nearly two-thirds of all debit card transactions are made using contactless payments. Convenience plays a big role in the popularity of this technology; however, it could be argued that psychology plays an even bigger one.

Parting with our cash or having to physically enter our pin is painful… literally. Brain scanning studies have shown that when we spend our money, the areas of the brain relating to affective (emotional) pain are activated. It is often this unpleasurable feeling that prevents consumers from spending their money. This friction point is reduced with contactless payments as the process is over in a matter of seconds and it feels as though we haven’t handed over any of our hard-earned cash. Contactless payments break the association between price and pain. By increasing the contactless spending limit to £100, businesses can expect to see a boost in sales over the next year or so.

While the contactless limit change was approved by regulator the Financial Conduct Authority (FCA), it has led to concerns about fraud. Will the increase in contactless payments cause an increase in criminals’ efforts to steal cards? A report for UCL’s Institute of Security and Crime Science said “Raising the contactless card limit to £100 would likely make card theft more attractive to criminals”.

To address concerns over theft, many banks have allowed their customers to set their own contactless cap, with limits from around £30 to £100. By doing this, people will have more control over their contactless spending limits and for those who are concerned about theft, they will have peace of mind.

The new limit of £100 for contactless spending means people can shop more conveniently, which it is hoped will provide a nice boost for the economy. However, the drastic increase in the limit also brings concern around theft, but many banks are putting measures in place to help their customers stay in control and reduce worry.

The increase in the contactless spending limit will drive a behaviour change in consumers and understanding how you can tap into this to optimise your offering will allow you to get ahead of your competition.

Understanding how people behave is our passion at Spark Emotions, our team of consumer psychologists are able to get to the truth of what drives people to make decisions. Our team of industry experts are able to make sense of these insights in a practical way, helping you implement changes that will drive commercial return.

Get in touch by filling in the form below to find out how we can help you grow.

Enter your details below 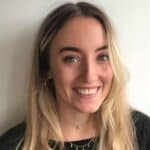 Written by Evie Harris-Jenkins, Research Executive at Spark Emotions.
If you have any questions, feel free to reach out to Evie via email evie.harris-jenkins@sparkemotions.com or connect on LinkedIn